Another Inspired By a Cover...CG Snow series announcement.

Yesterday I introduced my new CG Snow author name for my New Adult titles and talked a little bit about the upcoming Throckmorton Falls series. Today, I'm telling you about another new series coming from CG Snow that was inspired by a pre-made cover.

If you all follow my review blog at all, Smitten with Reading, then you know I'm a huge sucker for sports novels. The series I'm announcing is called the Play it Again series and it's built around three friends who bonded over an event when they were all in college.

The first book is Sweet Disaster and this cover spawned the idea for the whole series. 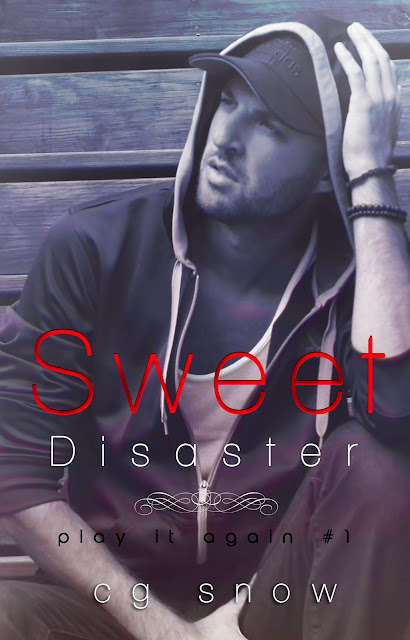 And to give you a teaser of what the series is about, here is the intro into the books...

Heroes Save Nine Lives at the Hampshire Hotel

At approximately 12:45 this morning a five-alarm fire broke out in the downtown Chicago Hampshire Hotel. Details are still emerging about the fire that appears to have started on the twenty-first floor of the twenty-three story hotel. According to the Fire Marshal, the cause of the fire is unknown at this time, but it is being investigated as suspicious.

The restaurant and bar located on the twenty-second and twenty-third floor of the hotel had been the site of last night’s prestigious ESPRIT College Sports Awards. Anonymous sources suggest the awards ceremony may have been a target for the fire although the event ended more than an hour before the fire broke out.

What is clear at this time, though, is the heroism of three men who were in the hotel bar on the twenty-third floor when the fire broke out. According to multiple sources, at least nine people were saved by the combined efforts of Asher Benedict, Michael Dillon, and Lincoln West who helped evacuate hotel guests trapped in an elevator stuck between the twenty-first and twenty-second floor.

Earlier in the evening the three men had all been recipients of a prestigious ESPRIT Award.

Asher Benedict, a junior at the University of Texas, is a highly decorated baseball player. The phenom shortstop committed to the university at the age of fifteen and has since led his team three times to the College World Series. He received the Impact Player award last night. This award goes to outstanding college athletes who make a vital impact both on and off the field. Benedict is well known for his volunteer efforts at the food bank, with children’s literary groups, and with youth sports programs in his hometown of Austin, Texas.

Michael Dillon is a hockey player from the University of Denver where he plays as defenseman for the Pioneers. He won the award of Outstanding Performance Under Pressure. Sports athletes known for their toughness, but Dillon stood out among the rest for playing the final period of the championship game with a broken tibia and making a play that won the game for his team. It was only after the game ended that the extent of his injury was realized.

Lincoln West is a well-known senior who is the highly awarded wide receiver for the University of Southern California. In the 2007 season, he shattered record after record for both his school and the NCAA. Expected to be drafted in the first round for the NFL, he was awarded the ESPRIT for Individual Performance.

No one can debate that these three are elite athletes expected to become pros in the near future, but now they can add heroes to their resume. Nine people are breathing today because of their actions last night. While treated for minor smoke inhalation all three of the athletes were released and are expected to meet with the mayor later today. 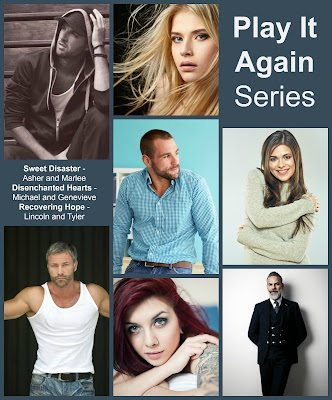 So what do you think? Sound fun? I'm excited about the series.

Since these are being released under the CG Snow, they will be written in 1st person POV and will have lots of emotional impact (at least that's the plan). It will be a while before they are out, but I'll be chatting about them as I write them so I wanted you to know what in the world I was talking about.
Posted by Christi at 5:00 AM
Email ThisBlogThis!Share to TwitterShare to FacebookShare to Pinterest
Labels: CG Snow, Coming Soon, News, Play It Again series