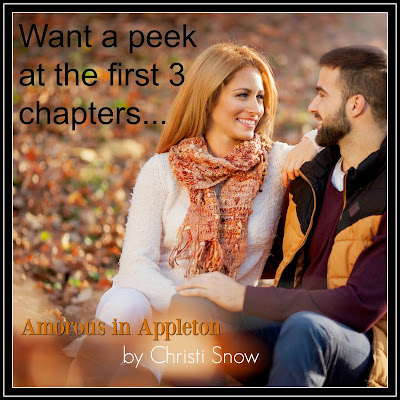 Prologue
Delaney
Delaney Matthews watched the press footage on the television screen with dawning horror.
On the screen, large, protective, sexy, alpha Micah Frederickson shot through the door glaring like he’d kill one of the reporters surrounding him with a look if they dared to mess with the five pre-teens in his care. His wide arms protected them as he tried to get them to the limo by sheer will and brute force.
The girls looked terrified.
Micah looked fierce.
Delaney felt sick.
Reporters surrounded them. Light bulbs went off from every direction while reporters yelled questions at him. Cameras and microphones got shoved into his face. It sounded like the click of a thousand or more cameras taking photos.
And then the questions:
“Micah! Laney loves you. How do you feel about her?”
“What’s it like to date America’s most notorious heartbreaker?”
“Can you tell us where Laney’s been?”
“Was she institutionalized?”
“Where’s she been hiding?”
“Will there be a wedding soon?”
She wanted to sob at this violation. Those girls had been at the concert tonight for a fun birthday celebration, and Micah didn’t understand what he’d been walking into.
Because she’d lied to him.
God, she should have come clean before now.
On the screen, several of the girls were crying. Micah continued to hold on to as many of them as he could and made sure they stayed close to the two massive guards’ backs that led them to the limo.
Finally, all five of the girls were in the car. Before crawling in after them, Micah grabbed the arm of one of the security guards and spoke to him, but on the screen, she couldn’t tell what he’d said.
Get in the car, she silently urged. Get out of here before it gets worse.
Not that it could get much worse. The reporters were in a frenzy.
Even knowing that this had happened hours ago, her heartbeat galloped in panic for their safety.
No one was safe when the reporters got like this.
Finally, Micah got into the car and they slowly pulled away from the building. As the limo left the reporters pressed cameras up against the windows. It was utterly crazy and more than a little frightening just watching it. She couldn’t imagine how traumatized those girls were now.
And it was all her fault.
Her lies and evasions had led to this.
She had to fix it.

Chapter One
Micah
Three weeks before...
“You need a woman in your life.”
Micah Frederickson choked and coughed on the coffee he’d just sipped. “Are you insane?” He glared at his sister as he snatched up a napkin to sop up the scalding liquid from his lips and beard. “Why would you say that? Especially since you know how bad everything went down with Cynthia?”
His ex-wife had been a nightmare.
She shrugged as she took another bite of pie. “I don’t know. I just think if you had a wife you wouldn’t be over here pawning off your pies on me and I wouldn’t be gaining all this weight.”
His gaze dropped to her large, protruding, pregnant belly. “Um, Alex, maybe you should have a talk with mom because I hate to break it to you, but,” he nodded his head at her stomach, “that didn’t happen because you ate apple pies.”
She snorted around a mouthful of pie. “I know that you idiot, but my doctor says that I should only gain around twenty-five pounds throughout the entire pregnancy. I’m only seven months pregnant and I’ve already gained thirty-four.”
There wasn’t a damn thing safe for him to say to that, especially as she shoved another mouthful of pie into her mouth. He knew better than to go anywhere near her weight gain as a topic of conversation. That would have been off-limits before she got pregnant. Now he put the future health of his balls into jeopardy if he said a word more.
So, instead, he changed the subject. “So, you have your first renter in the house this week, right?”
“Yeah. Matthew Delaney. He arrived a couple of days ago. I haven’t heard anything from him, so the house must be okay. I have to admit that’s a relief because after his hefty list of requirements beforehand, I was a bit worried.” She took another bite and moaned around the chunk of pie before opening her eyes and stealing a bite off his plate, even though she still had over half a piece on hers.
Not going to say a thing.
He pushed his piece over so she could reach it better. Again, he wouldn’t get in the way of a pregnant woman and her food. Plus, he still had two other pies cooling at his place. He wouldn’t go without.
“That sounds great, sis. I’m so proud of you. How long does he have the place rented for?”
She closed her eyes appreciatively as she appeared to roll the pie around in her mouth. “He wanted to leave it open-ended,” she said around the big bite of pie, “but hopes to be here through Thanksgiving at least.”
“Wow, that’s a big chunk of time.” Since it was only mid-October now.
She nodded, but then her face scrunched up and her eyes filled with tears like it was actually a tragedy.
Uh-oh. This was the problem dealing with her pregnancy hormones. He had no idea what these tears meant. It could be the whole weight gain thing again, or they could be happy tears for the good occupancy of her rental house, or she could just be thinking about a sad commercial she saw on TV.
He had to tread lightly here.
“You okay?”
“Yeah.” She sniffled. “It’s just so sad. I don’t think he has anyone with him. He’ll be spending the holiday alone. How miserable would that be?” Then she burst into full-body sobs.
As he gathered her up in his arms and tried to figure out how to surreptitiously text his brother-in-law for help, it occurred to him that alone for Thanksgiving might not be such a bad thing. At least Mr. Delaney wouldn’t be dealing with a highly emotional, very pregnant, irrational woman for what could already be a stress-filled family day. 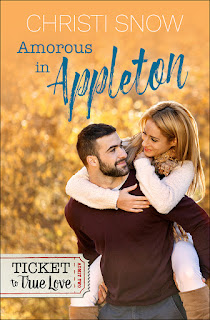 Amorous in Appleton is OUT NOW! 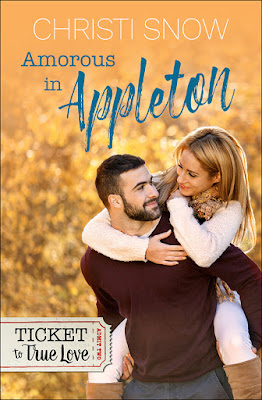 Ticket to True Love is a new series about fresh beginnings, second chances, and finding true love in unexpected places. Visitors to True Springs are skeptical about the town’s legendary water leading them to love, but residents believe. Even they don’t realize, however, that the water is only part of the story...

BUY NOW
https://books2read.com/Appleton-TTTL
only $2.99
Posted by Christi at 5:00 AM No comments:
Email ThisBlogThis!Share to TwitterShare to FacebookShare to Pinterest
Labels: Amorous in Appleton, New Release, News, Ticket to True Love 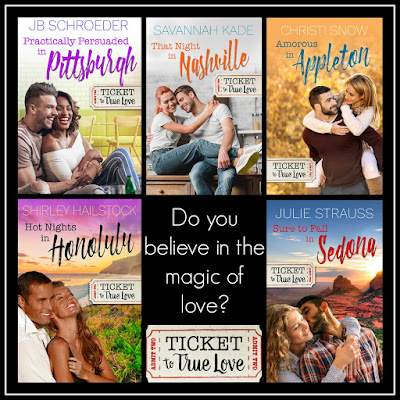 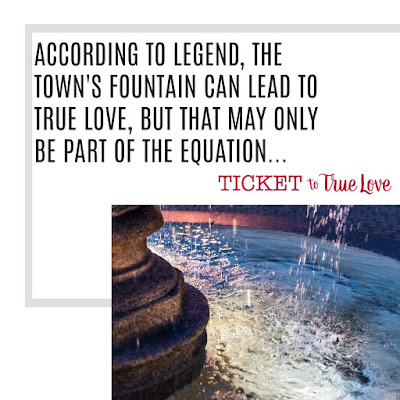 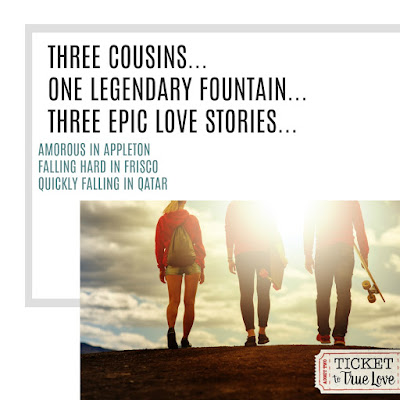 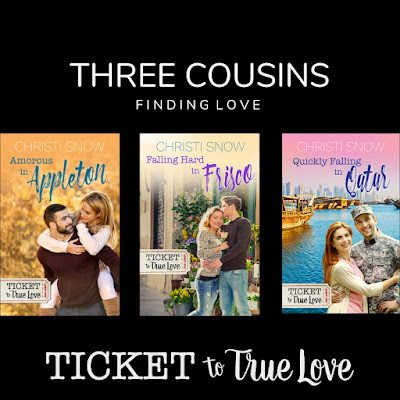