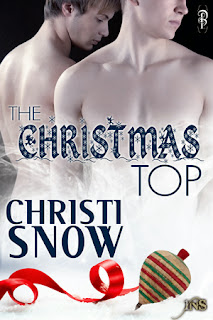 Story Overview:
Mark Cummins knows it’s time for him to come out of the closet, but he has one fantasy that he’s never had fulfilled. He’s never been topped. When he receives his invitation from Madame Eve for a 1 Night Stand, he knows this is just the Christmas gift that he needs.

Jason Wieland’s life partner died in a horrific hate crime two years ago. He hasn’t taken a lover since. When his best friend, Molly Cummins, sets him up with Madame Eve’s service, he knows it’s time to get back into the dating world. He just isn’t sure what to do with the extremely masculine, extremely sexy, and extremely straight Mark when he shows up. He’s been fodder for Jason’s fantasy life since high school.

Is this some Christmas magic or a cruel idea of a joke? Only Madame Eve and her magical intuition know….

Title: Through the Veil 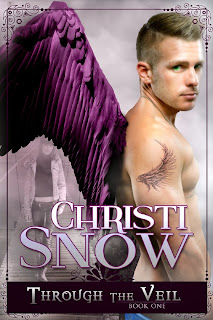 Story Overview:
58 years ago a gorge opened up from Mobile, AL to Quebec City, Canada to split the United States into the Western States (WS) and the Eastern States (ES).

40 years later, a fog rolled in on the WS that they called the Veil. Within twelve hours it formed an impenetrable wall between the two sides.

It’s been 18 years since anyone has known what’s happening on the other side of the Veil.
Now, Lori, an Other, in a desperate attempt at escape from the ES’s torture and experimentation, has crossed the Veil and found a world beyond belief. 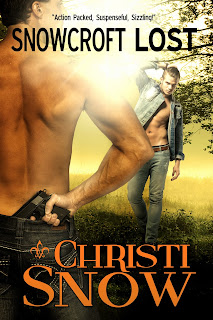 Story Overview:
Secrets and Lies…
Everyone has them. Big ones. Little ones. 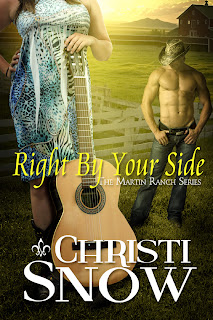 Story Overview:
Best Female Country Artist. Sold out world-wide tour. Record-setting album sales. It’s been a stellar year for Skye Martin and it’s left her exhausted. All she wants to do is go home to Oklahoma, curl up in her little house, and veg out in pj’s with a pile of junk food. But when her tour bus crashes in the middle of West Texas, her priorities suddenly shift. Now she’s sitting bedside hoping her best friend and bodyguard, KC, survives.

For Scott Martin, he simply wants this horrible year to end. After the murder of his brother, his family is falling apart. With one crisis after another pulling him back to the family ranch, he’s put way too many late night miles on his truck between his family home and Lubbock, where he works as a paramedic. When he comes upon the wrecked tour bus, he has no idea this is one emergency which will change his life forever.

Skye and Scott quickly form a friendship which hints at possibilities of more. But as these two dodge paparazzi, over-zealous label executives, and stalker fans, they soon discover that everything is easier when you have someone you love RIGHT BY YOUR SIDE. And that becomes even more important when they discover the bus wreck wasn’t an accident…

Posted by Christi at 7:09 PM 2 comments:
Email ThisBlogThis!Share to TwitterShare to FacebookShare to Pinterest
Labels: cover reveal, Right by Your Side, Snowcroft Lost, The Christmas Top, Through the Veil

This household is made up of voracious readers. As such, our library has always been fairly eclectic, but as I look at my writer's reference library...and these are just the books that I'm reading for reference on books I will be writing over the next year...it occurs to me that our library is becoming more and more eclectic.

And this is just the library. You should see my google search variety! O.O The subjects cover police work, self-defense, motorcycle gangs, life in the music world, wicca, and GLBT. Lots of interesting stuff in all that...some I hope to infuse into my writing along the way.

BTW, a quick writing update. Currently I am working on first drafts of two novels:

1. THROUGH THE VEIL....this was slated to be released Nov/Dec. I'm pretty sure that timeframe is going to slip back. This book is the first in a seven book paranormal romantic suspense series so it's very important that I get all the groundwork laid out right for the whole series. I am so freaking excited about this book and series. I've plotted and have titles for all SEVEN books and am itching to write ALL of them NOW! LOL...but I have several other series to work on right now too.

2. SNOWCROFT LOST....this is my NaNoWriMo novel (50,000 words in the month of November) and is my full length m/m romantic suspense. So far, the writing on it is going REALLY well...it's at 20,000 words this morning.

3. RIGHT BY YOUR SIDE...the first book in the Martin Ranch series. Romantic suspense featuring Scott Martin (paramedic) and Skye (country western singer). This book hasn't been started yet, but is slated for May, 2014 release.

4. MUDFLAP UNDERCOVER...book #2 in the Mudflap series...this time our spies are going undercover into the motorcycle club world (several of the research books up there). This book hasn't been started yet, but is slated for August, 2014 release. Like with book #1, all the proceeds will benefit the Lubbock, TX Red Cross.

I do have one more release coming out this year. A short little m/m Christmas novella from Decadent's 1NS series called THE CHRISTMAS TOP. I don't have the exact release date yet, but it should be sometime before Christmas.

Posted by Christi at 10:02 AM 1 comment:
Email ThisBlogThis!Share to TwitterShare to FacebookShare to Pinterest
Labels: Blog, Coming Soon

Thank you!! Helping the Red Cross

This morning I got to do one of the most awesome things I've ever had the opportunity to do as an author.

Because you all bought

THE SHADOW OF MUDFLAP...

So, have you bought a copy of Mudflap yet??

All the proceeds from the sale of this book....whenever they happen,

(that's the Lubbock, TX chapter where the book takes place.)

Posted by Christi at 11:40 AM No comments:
Email ThisBlogThis!Share to TwitterShare to FacebookShare to Pinterest
Labels: A Foxtrot Team Novel, Blog, News, The Shadow of Mudflap
Newer Posts Older Posts Home
Subscribe to: Posts (Atom)