Today, I'm sharing an excerpt from The Shadow of Mudflap 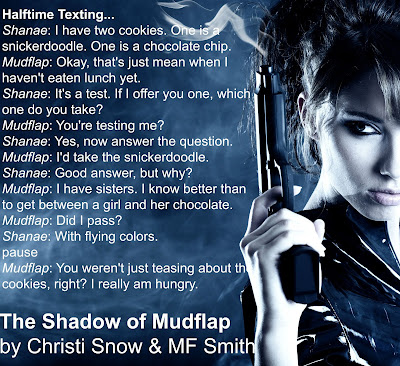 This was a book that's perfect for this time of the year.

It was all about spies.
College football.
Terrorist plots.

romance between the female spy and badass firefighter.

(and all the proceeds go to a local Lubbock, TX charity) 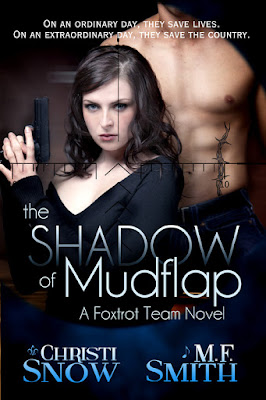 To us, first responders are heroes. But for them, risking their lives is a normal, everyday thing.

Mudflap:
Born the baby of the family, Mudflap has always had something to prove to emerge out of the shadows of his older siblings. He spent eight years as a Special Ops elite sniper and is now a firefighter. But at his heart, he’s just a normal West Texas good old boy who loves his beer, women and football, until the Department of Defense calls him up to say they need his skills again.

Shanae:
Shanae is a first responder of a different sort. She’s a trauma nurse who works on a medical evacuation helicopter team. But while she lives a life full of adrenaline every day, it’s just a cover for her real life, where she hides in the shadows and is secret agent, Shadowfox for the Lubbock Foxtrot Team (LiFT). She’s living the kind of life that most people think exists only in movies and books.

Working for two different branches of the government, Mudflap and Shanae are in a race against time and the terrorists who threaten the very heart of West Texas life, football. They’re working toward the same goal, but find themselves in a confrontation against each other and the lies they’ve each had to hide behind. Can love win out in the end or will the cost be each other and their very lives?

First responders are heroes every day, but this story tells the tale of when they become even more and find love along the way. The key is for them to stay alive so that they can complete their mission and just maybe live happily ever after.

(All the proceeds from this novel will go to a local Lubbock, TX charity.)

Amazon
Barnes & Noble
iTunes
Kobo
***
After you check mine out,
go see what Kelly is up to...

Posted by Christi at 3:00 AM 2 comments:
Email ThisBlogThis!Share to TwitterShare to FacebookShare to Pinterest
Labels: First Line Friday, Promo Post, The Shadow of Mudflap

It's Release Day for RIGHT BY YOUR SIDE!

For those of you that have been impatiently waiting for the Martins, they are finally here. 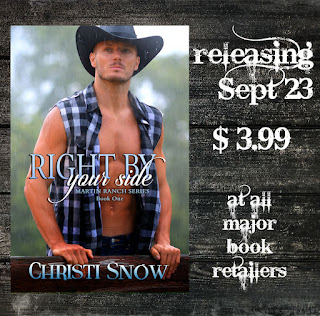 The first book in the Martin Ranch series, Right By Your Side, releases today.

This series will follow the same style that my When the Mission Ends series had.

Lots of romance, intrigue, and suspense built around a core family of siblings...the Martins.

The first book features Scott Martin, the second oldest of the four boys.
The paramedic.
The nurturer.
But now, he has someone new to take care of... 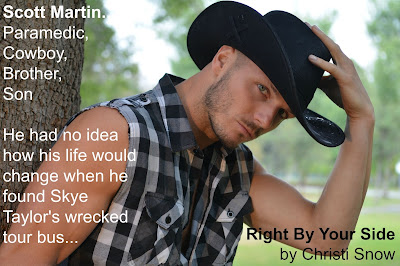 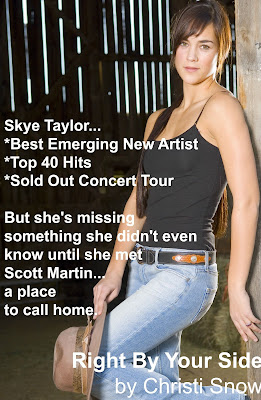 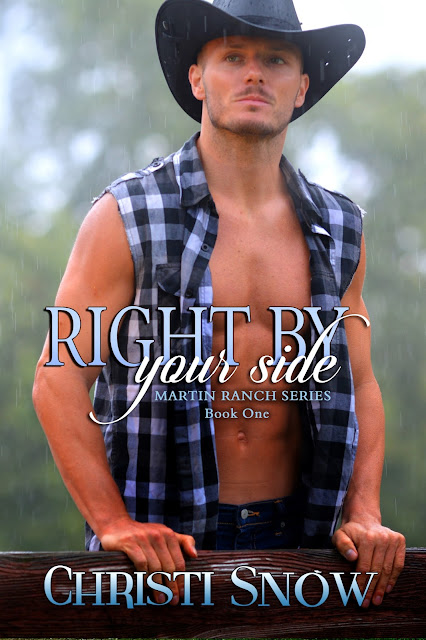 Best Female Country Artist. Sold out world-wide tour. Record-setting album sales. It’s been a stellar year for Skye Taylor and it’s left her exhausted. All she wants to do is go home to Oklahoma, curl up in her little house, and veg out in pj’s with a pile of junk food. But when her tour bus crashes in the middle of West Texas, her priorities suddenly shift. Now she’s sitting bedside hoping her best friend and bodyguard, KC, survives.
For Scott Martin, he simply wants this horrible year to end. After the murder of his brother, his family is falling apart. With one crisis after another pulling him back to the family ranch, he’s put way too many late night miles on his truck between his family home and Lubbock, where he works as a paramedic. When he comes upon the wrecked tour bus, he has no idea this is one emergency which will change his life forever.
Skye and Scott quickly form a friendship which hints at possibilities of more. But as these two dodge paparazzi, over-zealous label executives, and stalker fans, they soon discover that everything is easier when you have someone you trust RIGHT BY YOUR SIDE. And that becomes even more important when they discover the bus wreck wasn’t an accident… 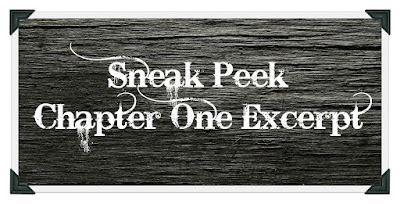 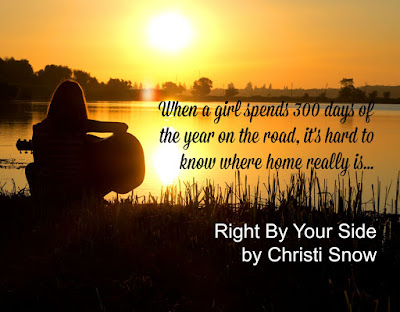 Posted by Christi at 3:00 AM No comments:
Email ThisBlogThis!Share to TwitterShare to FacebookShare to Pinterest
Labels: Martin Ranch, New Release, Promo Post, Right by Your Side
Newer Posts Older Posts Home
Subscribe to: Posts (Atom)