I've had this quote on the sidebar of my Smitten with Reading review blog for years (like before I even started writing.) It seemed like something I should put on my author blog, don't you think?? Hehe... 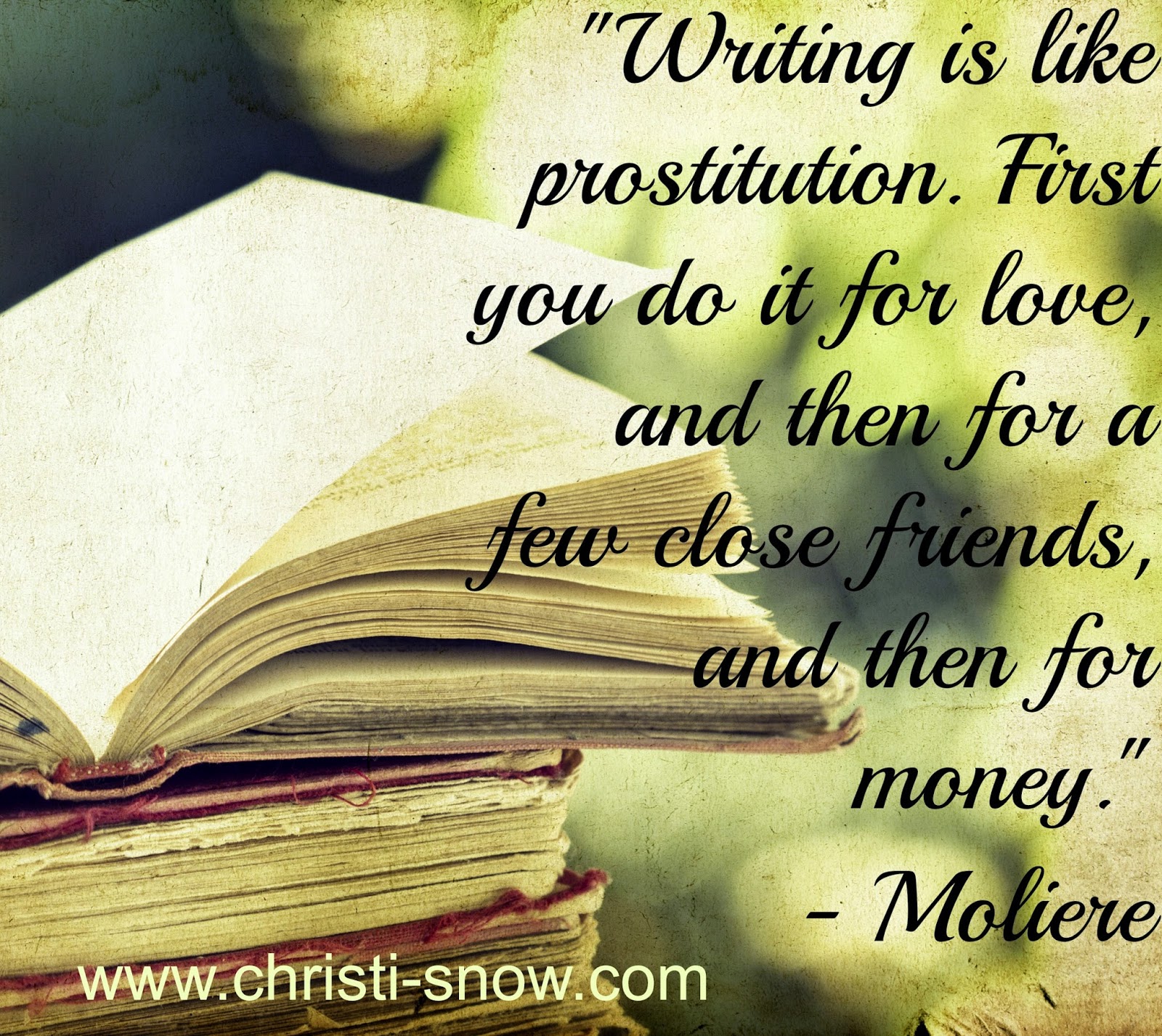 Posted by Christi at 12:29 PM No comments:
Email ThisBlogThis!Share to TwitterShare to FacebookShare to Pinterest
Labels: writing thoughts

Hi, everyone. Despite all appearances, I am still here.

The good news is...I'm getting TONS of writing done.

I'm sorry about that! I always promise that I'll try to do better and then it never happens. But I do think about it...along with the hundreds of characters that are spinning in my brain. And I'm sorry, but the voices in my head always win out over ALL other obligations. hehe.

If anyone can forgive me for that, I think it would be you all. :o)

So, what have I been working on?

In January, I finished the first draft of...
Lance (Male Model Chronicles #2)
Right now that book is with my editor. It's planned for a May release so it will start hitting the final stages soon.

In February, I finished the first draft of....
Snowcroft Safehouse (Men of Snowcroft #2)
It's also with my editor and is fast-tracking for it's April release date. I'm shooting for April 23rd, but we'll see. This one is running on a tight schedule to get it all turned around and absolutely complete.

Right now, I'm writing on...
hmm, I'm not sure I want to leak details yet
But I can tell you that this little book I'm writing right now is another male/male romance (not associated with Snowcroft). It's a contemporary holiday story and I plan to release it in October or November. I'm excited because I really love these two guys and they are perfect for one another. They just don't quite believe me yet.

In April, I will finish the first draft of...
Right By Your Side (Martin Ranch #1)
This is a project that's gotten shuffled with other releases, but it's 40% done. I plan to finish it with CampNaNoWriMo in April so it will be scheduled for a summer release. You all are going to LOVE Scott and Skye.

And that's just where I'm at right now. As you can see, I have a ton of projects in the works and so many more still to come this year.

Also tentatively planned for 2015 releases are: