It's release day...Are you ready for THICK?

It's release day!
Well, re-release day anyway.
Thick is book #2 of the Naked Brews series that Sarah and I originally released under the KB Jacobs penname. We're rereleasing that original series of 3 full length books and the novella, Unprepared. Then in October and November, we'll be releasing two new full-length books in the Aspenridge, Colorado world. So, be on the lookout for the Bookstore Love duology... 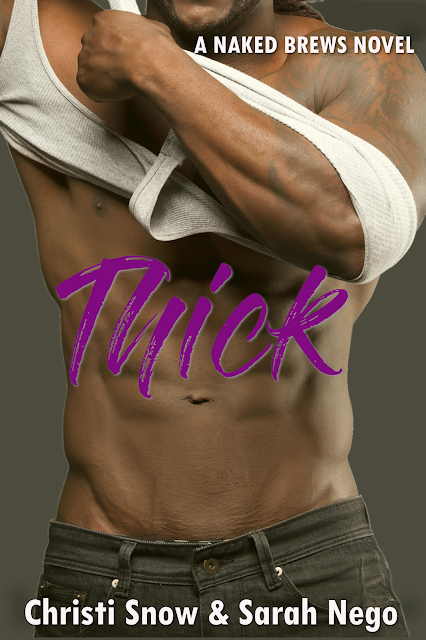 Melissa
A tragic fire left Melissa Frye homeless and with nothing to her name except a single teacup from her massive collection and a box of clothes that don't fit. Her life isn't the raging success she thought it would be, but she refuses to go home and work for her uncle's CPA firm. She'd rather live out of her car than face that soul-sucking future. But with hardly any savings and months of couch surfing with friends in front of her, her car is looking more tempting by the day.

Anthony
Anthony Millett has spent years as the Bad Boy of Boarding, but his high life of snowboarding and non-stop parties is starting to catch up with him. After sustaining an injury while saving Melissa from the fire, his competition season is over and his sponsors aren't willing to put up with his bad boy persona anymore. He needs a quick reputation fix and the lovely Melissa could be just the answer.

The plot Thickens
Anthony has plenty of spare bedrooms in his mountainside mansion, and Melissa has the perfect innocent face to convince his sponsors he's a new man. Pretending to date her won't be hard. Not falling for her could be the real challenge.

This book was previously published as Deliciously Thick by KB Jacobs (a pseudonym used by Sarah Nego and Christi Snow).

Available at these retailers:
Amazon
Barnes and Noble
Kobo
iBooks (should be live soon) 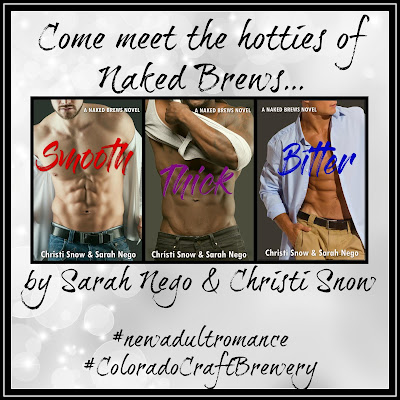 And if you missed the release of Smooth and the information about how to get the FREE novella, Unprepared, here is all that... 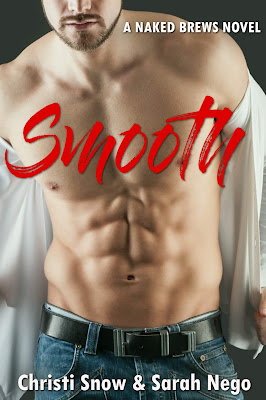 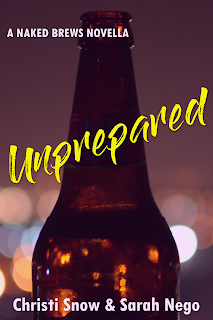 Bringing us to Unprepared. Before the Meet Cute, first kiss and HEA there were two people desperately living life, unprepared for the future. This is their story.
Posted by Christi at 9:11 AM
Email ThisBlogThis!Share to TwitterShare to FacebookShare to Pinterest
Labels: Deliciously Thick, Naked Brews series, New Release, News, Smooth, Thick, Unprepared