Intertwined Hearts is OUT! 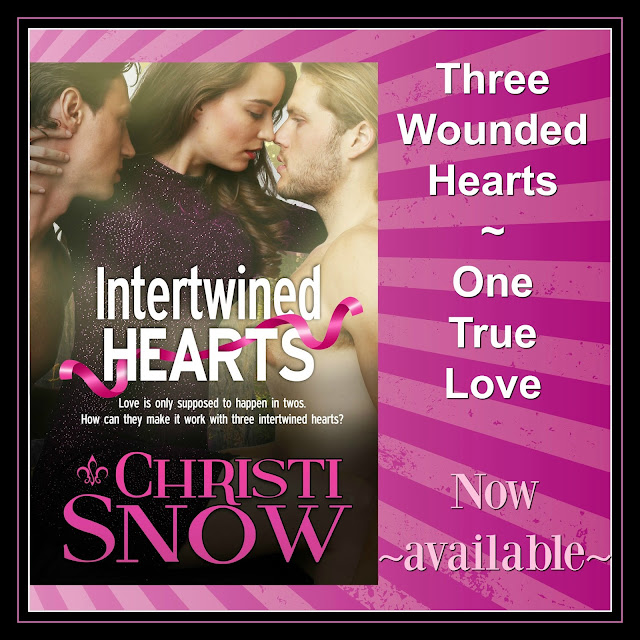 Amazon
All other retailers
Story Description 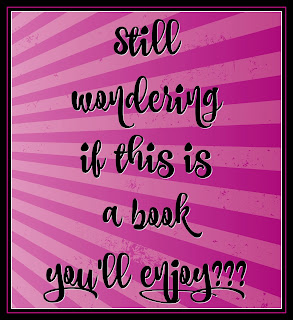 Check out what reviewers are saying...

First, I gotta be honest here, menage is not my ‘go-to’ when I’m looking for a romance. I can’t tell you how much I loved these characters. Jamie and Trevor (Snowcroft Lost) had no idea what they were doing when they inadvertently brought these three together- Shirley from Goodreads

highly recommended please let there be more! -Dani from Goodreads

Oh, my heart! Leigh and Hudson and David worked so nicely for me. They all have baggage and they find one another when they need it most. -Kelly from Goodreads 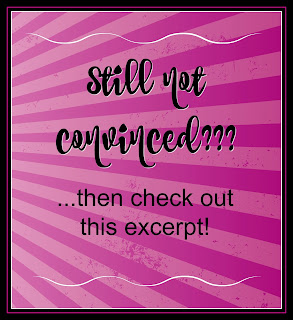 “Besides, I really love pizza, and there’s no place up here that serves really good, greasy pie.”
She looked back at the three pizzas set arranged on different tiers on the table and frowned. “Uh...Hud...” She wrinkled her nose and pointed. “Why does that one have plants on it?”
He’d hidden the mostly green pie on the lowest level so she’d missed it when she first glanced at the table.
David snorted. “I told you she wasn’t going to fall for that for long.”
She raised an eyebrow at the two men smirking at her.
Hudson sighed. “You can eat any of the pizzas on the table, but to do that, you have to eat a piece of the veggie one first.”
Her mouth watered as she gazed at the deep dish, meat pizza with perfectly golden brown cheese and then gazed back at the one with some sort of leafy green something sprinkled on top. “Seriously, you’re going to bribe me like a small child?” she whined. She really wanted that other one first.
“When your palate is the equivalent of a three year old’s, then yes, I am. Just one piece...I think you’ll like it if you try it. The baby will like the nutrients.”
She scowled at him. “Now you’re just playing dirty.”
“Trust me,” he said as he dished her up a heaping slice of the vegetable pizza.
“What is that?” She picked up the tiny lettuce leaf that looked like a miniature cup.
“Nope.” He shook his head at her. “You finish it first and then I’ll tell you what’s on it.”
She sniffed at the tiny lettuce leaf before popping it in her mouth. “What if I’m allergic to something you put on it?” she asked mulishly, surprised to find the little lettuce cup was really crunchy and yummy.
Hudson rolled his eyes. “I know for a fact you don’t have any food allergies. Eat,” he growled, sounding more and more like a grumpy dad rather than her nice, friendly roommate.
So she took a big bite of her pizza. Flavors exploded on her tongue, and she closed her eyes and moaned. As soon as she swallowed, she took another big bite. Hell, this was so, so good. She chewed, trying to extrapolate the different flavors—a rich, buttery crust that was so thin it broke like a cracker when she bit into it, caramelized onions, a hint of garlic, chunks of fresh tomatoes, some sort of mushroom, cheese that seemed to melt in her mouth, and then that crisp lettuce that had been sprinkled on top. It was all so good.
She finished her piece and licked her fingers clean. The sauce had a hint of something...amazing. She opened her eyes to ask Hudson what that flavor was and found both her roommates staring at her with their mouths slightly opened and stunned expressions on their faces.
David said, “Watching you eat pizza is better than any porno I’ve ever seen.” His voice was low and husky and the arousal she heard there made her nipples tingle. “Hudson, we need to put pizza on the menu every other night. Or hell, every night.”
Hudson grunted his agreement, but he looked a little stunned.
She ducked her head, embarrassed. “Oh, stop it. It’s really good.” She cleared her throat. “The sauce...it’s... Something’s different, but I really like it.”
Hudson appeared to be recovering, because now he snorted at her. “Of course you do. I took a piece of turkey bacon and pureed it to add a hint of smoke to the sauce.” He shook his head sadly. “My skills are wasted with you. All it takes for you to like something is add bacon.”
She should probably be embarrassed by that fact, but it was true, so what could she do? She lifted up one of the little lettuce cups. “I do really like these, too. What are they?”
His eyes lit up and he gave her a huge smile that showed off his amazing dimples. “Those are brussel sprouts, raw, peeled in layers.”
Her eyes widened in shock. “No way. I just ate brussel sprouts and liked them?” she whispered, not sure if it was horror or admiration for what Hudson had done.
He chuckled. “Stick with me. There’s no telling what you might find that you like.”
That sounded so flirtatious, so downright scandalous that her cheeks heated with pleasure even though she knew that wasn’t the way he’d meant it.

****
There is another excerpt on my reviewer blog...
https://smittenwithreading.blogspot.com/ 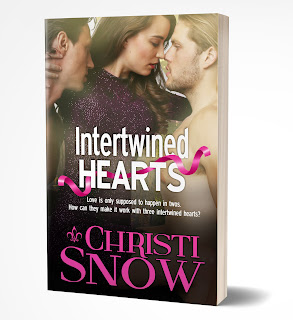 Amazon
All other retailers
***** 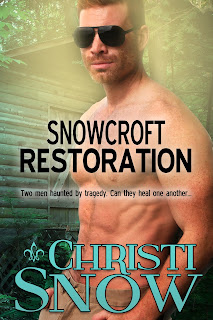 That's right. Law's book is coming next month. In fact, Intertwined Hearts and Snowcroft Restoration are closely related. Their timelines and story lines cross over one another a little bit. In fact, you get a really good idea of what is going to be happening with Law and his hero, Ian, with the scenes in Intertwined Hearts. They each have several scenes in IH and it leads directly into their story.
COMING NOVEMBER 15th

Trigger Warning: This is a hot story about two men who have both survived past abuse.
Amazon preorder
All other retailers preorder
Posted by Christi at 5:00 AM
Email ThisBlogThis!Share to TwitterShare to FacebookShare to Pinterest
Labels: Intertwined Hearts, New Release, Snowcroft series