Today, I'm sharing some of the first lines from Operation: Endurance 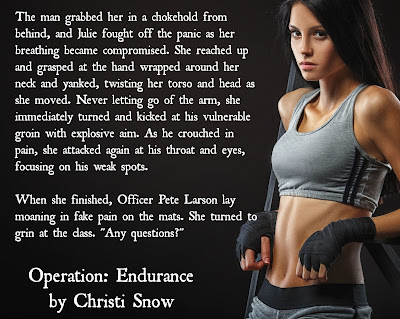 .
This book was the third full-length book from the When the Mission Ends series. 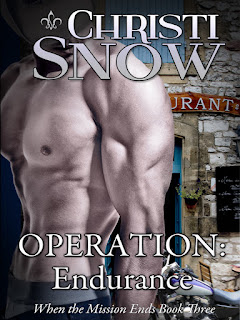 She thought he was dead and moved on only to have her world fall apart once again.
Two people who have been hurt more than any two people should ever have to suffer. Can they find redemption and healing with each other or will another threat shatter what’s left of them?
A tortured hero.
A grieving heroine.
A serial rapist who won’t give up.
Warning: This book features graphic sexual violence which some readers could find disturbing.

Posted by Christi at 2:00 AM
Email ThisBlogThis!Share to TwitterShare to FacebookShare to Pinterest
Labels: First Line Friday, Operation: Endurance