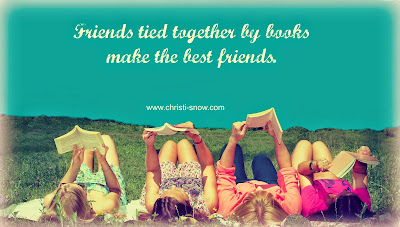 So, I'm sitting at home this week watching the posts from RT, wishing I was there, but so thankful that I have friends who I can live vicariously through... Have fun, everyone, who got to go!!
Posted by Christi at 8:37 AM
Email ThisBlogThis!Share to TwitterShare to FacebookShare to Pinterest
Labels: writing thoughts