Sneak Peek Sunday with Through the Veil 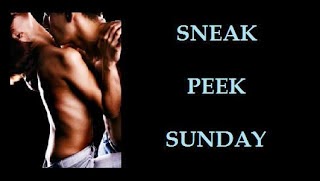 The rules are simple. Post 6 paragraphs of a published work or a WIP. That's it!

Here are 6 exciting paragraphs from Through the Veil, a paranormal dystopian romance out in September (but available for pre-order!)

Here's the Set-up!
After escaping a horrendous captivity and torture in the Eastern States, Lori finds herself in the Western States where humans have evolved. Surrounded by winged people, she isn't sure who she can trust. So far they've helped her, but she's felt secure before and been wrong. The only thing she believes anymore is that she has four friends that she has to go back and rescue before there's nothing left to save.

6 Paragraphs from Through the Veil

Marcus gritted his teeth. It seemed he felt the electricity flowing between them, too, and wasn’t happy about it. “Someone shot you. I promise you, we’re not going to hurt you. You’re safe here, but you won’t be if you leave, especially since night is falling. There are creatures here that are extremely dangerous.” Still holding her to his chest, he turned to the other two. “In fact, we all need to head to the trees before it gets much later.”

She gazed at Marcus in disbelief. “What do you mean by head to the trees?” she stuttered out. “Fly?” Even she could hear the fear in her voice. Show no weakness. She knew better.

The smile he gave her appeared absolutely decadent. Even though it didn’t make it up to his sad eyes, it still made her stomach flutter. Why did he affect her this way? Was it just because it had been so long since she’d been around a man without threat of torture? What did that say about her?

No weakness. This man represented danger. She had no idea what they planned for her. All she knew is that she couldn’t trust or be tempted by him. Hadn’t the last six years taught her anything?

“The wings aren’t just for decoration,” he said.

She glanced at his huge wings again and realized exactly what he meant. “Oh holy hell, you can fly?” She felt her eyes go wide in shock, but she couldn’t help it. These people flew?

Blurb for Through the Veil...
58 years ago a gorge opened up from Mobile, AL to Quebec City, Canada to split the United States into the Western States (WS) and the Eastern States (ES).

40 years later a fog rolled in on the WS that they called the Veil. Within twelve hours it formed an impenetrable wall between the two sides.

It’s been 18 years since anyone has known what’s happening on the other side of the Veil.

Now, Lori, an Other, in a desperate attempt at escape from the ES’s torture and experimentation, has crossed the Veil and found a world beyond belief.

Click here to enter your link and view this Linky Tools list...
Posted by Christi at 8:14 PM
Email ThisBlogThis!Share to TwitterShare to FacebookShare to Pinterest
Labels: Coming Soon, excerpt, Sneak Peek Sunday, Through the Veil