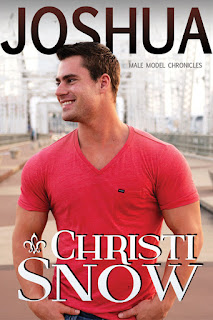 He was one lucky bastard.
As Joshua Scott Brown walked into the dressing room area behind the stage, he tried not to look as overwhelmed as he felt. Jesus. There were half naked, gorgeous women everywhere.

And here's the story description and Goodreads link for this book which will be releasing Oct/Nov timeframe...