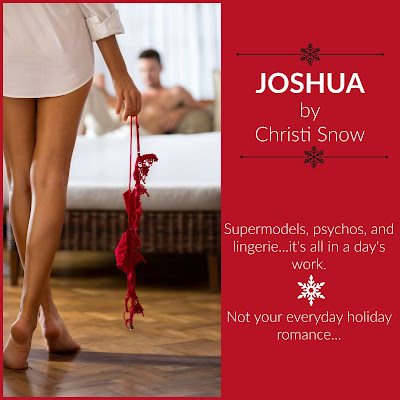 
AND if you haven't read the series (although they all work as standalones), you can sign up for the newsletter in the right hand column of my website, christi-snow.com and get book #1, JUSTIN, for FREE!!
#MaleModelChronicles #LastInTheSeries 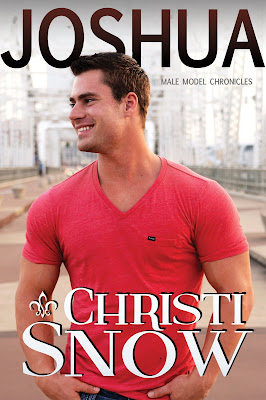 December is the time for romance, twinkling lights, and roaring fires in the fireplace. It’s also time for the annual Holiday Fantasy Lingerie show. This year, the show has a masculine twist with the introduction of male models who were once soldiers.
Joshua Scott Brown has made quite a name for himself as a male fitness model since he got out of the Air Force. But nothing prepares him for the media circus that occurs after he catches one of the female lingerie models during the live show, preventing her from a ten-foot fall. Now the lingerie company wants to turn that media coverage into holiday profit by pairing him up romantically with the model. Unfortunately, he only has eyes for Autumn Layne, the publicist who keeps pushing him into another woman’s arms.
The final book in a series of novels inspired by Shauna Kruse’s photography and her beautiful male models.
The Male Model Chronicles.

***check back tomorrow as I'll be posting an excerpt***
Posted by Christi at 1:18 PM
Email ThisBlogThis!Share to TwitterShare to FacebookShare to Pinterest
Labels: Joshua, Male Model Chronicles, New Release, News