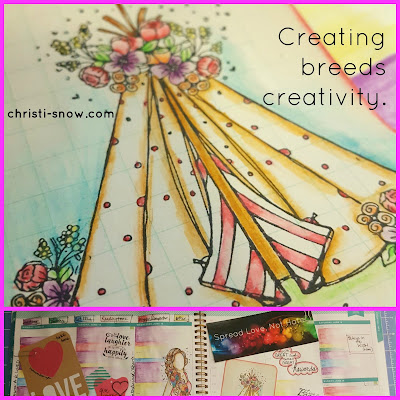 Wow. Life has taken a crazy turn this week.
I'd planned on putting this post up on Thursday...and then life happened.
But some incredibly exciting things.
Nothing I can share yet, but yeah...
it's thrown me a bit off track this week.

So, onto the title of this post.
Being creative breeds creativity.

I'm a creative person. For as long as I can remember, I've created.
Anything and everything.

For the last few years that creation has been through books.
But lately that's been tougher than it should be.

As a result, some of my other creative interests have popped up.
My soul NEEDS creativity.

Lately I've been doing things, like making jewelry.
And I discovered something.
Letting my mind go in the creative process of something else has boosted my creativity in writing again. This is a huge win/win.

So this week, I changed my daily schedule.
It's summer.
And this week, I set my alarm for 5:45.
If you know me, you know this is HUGE.
I treasure my sleeping-in days.
Which means summer is my Nirvana.
Because I can sleep in every day.

But my writing is more precious to me than sleep.
Yep, I just said that.
Writing.
It's my everything.
So, I'm doing all I can to preserve my creative mojo.
If I have to wake up at 5:45, well then, I'm doing it. 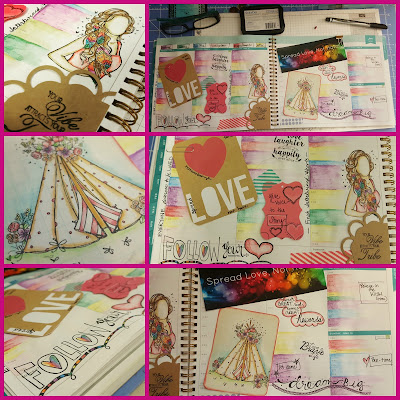 What am I doing at 5:45?
Well, honestly, I'm staring at my phone screen in bed trying to get the light to wake me up.
I do that for 30 minutes.
Then at 6:15, I crawl out of bed...nod vaguely at Ben who looks at me in shock as I stumble to the coffee pot, and then I head to my office.

Then for the next 45 -75 minutes, I decorate my planner and think about what I want to write on my book starting at 7:30.

This has been HUGE to my writing process.

And I have a pretty planner that makes me happy to look at it. 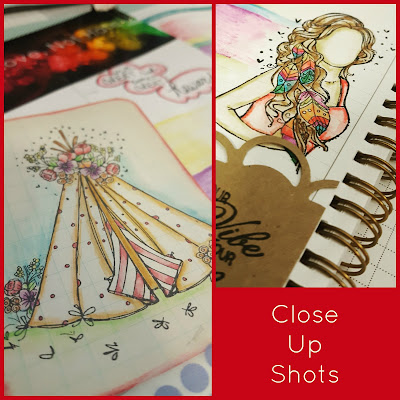 And for those of you wondering what I got done this week writing wise??

THE FIRST DRAFT OF
INTERTWINED HEARTS
IS DONE!!

And it's massive. It's going to need major revisions because it's just over 127,000 words which is 27,000 more words than I'm willing to publish. But the bones are there, so I have a place to start to fix it.

For those of you wondering...this is the Snowcroft menage story that was supposed to be a novella.
Yeah...sigh.

And for those of you curious about my creativity...
Before I was a writer, I was a huge stamper. You can explore my old blog here...Altered Ambitions. It's no longer active, but there are years worth of stamping projects on there.
Posted by Christi at 3:02 PM