The idea...I'll share a quick tagline from one of my books. It could be about the book, the series, or even about one of the characters. I plan to have fun with this throughout the year. Hopefully, you'll like the tiny glimpses into the story lines, too.
Today, I'm sharing a tagline from book #2 in my paranormal dystopian romance series, Allied in Flight. This book releases March 24th, so you're going to be hearing about it lots this month. 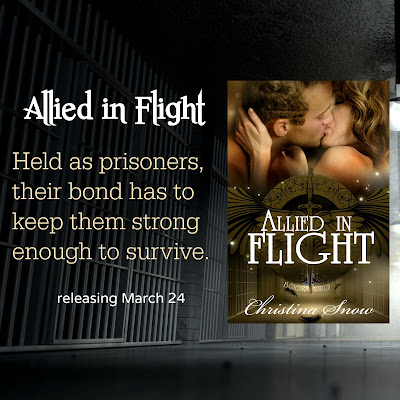 Don't forget that right now, Through the Veil, book #1 in the series is available for only $.99. You'll want to read this one before the next two come out.

Preorder buttons will be going up this week and I will update my blog as they go live. 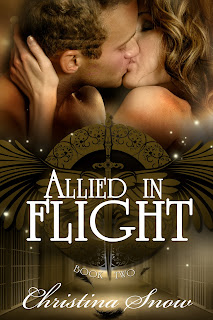 The WS and the ES have been separate entities, but once the Veil was crossed, things began to evolve. It’s a new world, but that doesn’t mean it’s going to get any easier anytime soon.

Posted by Christi at 6:12 AM
Email ThisBlogThis!Share to TwitterShare to FacebookShare to Pinterest
Labels: Allied in Flight, Tagline Tuesday, Through the Veil series