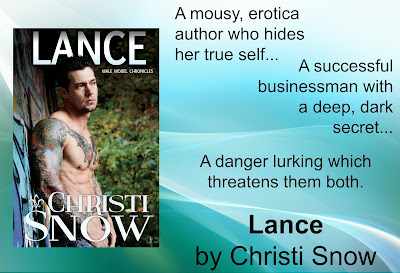 Story Overview:
Lance…
As the owner and CEO of Lancer Industries, Matthew Lancer spends his days in three piece suits and conducting meetings that affect the world financial markets. What the world doesn’t know is that Matthew Lancer has a deep, dark secret. He’s actually super-hot, super-sexy, and covered in tattoos. When he can, he spends his free time letting loose as bad-boy male model, Lance Jones. No one knows and it has to stay that way or Lance will lose the one thing that’s keeping his high pressure life sane.
Andi Kelly writes erotic romance. Day in and day out, she imagines a world filled with bondage, multiple partners, and just a few whips and chains. But that’s the fantasy life in her novels. In the real world, she’s an introvert who spends her days at home living out her fantasies through her laptop. Andi’s finally worked up the courage to ask Shauna Kruse if she can sit in on the photoshoot for Andi’s next novel…with her model-crush, Lance Jones.
But Lancer Industries has a mole and it’s put both Andi and Lance in danger. Lance’s two worlds collide and when corporate espionage meets erotic romance, there’s no telling what might happen.
The second in a new series of novellas inspired by Shauna Kruse’s photography and her beautiful male models.
The Male Model Chronicles.
Disclaimer: The Male Model Chronicles, a new fictional series, is built around the real-life world of Kruse Images & Photography and the gorgeous male models that Shauna Kruse gets to immortalize in her photos. The heroes are real people who also happen to be male models, but every single other thing about the series is fiction. 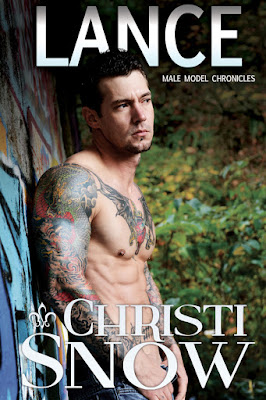 "It's a refreshing twist on classic romantic suspense..."
-Lisa from Goodreads

"....cuteness and suspense in one quick read package."
-Grace from Goodreads

"HOT, HOT, HOT!!! It is filled with lust, suspense and emotion."
-Heather from Goodreads 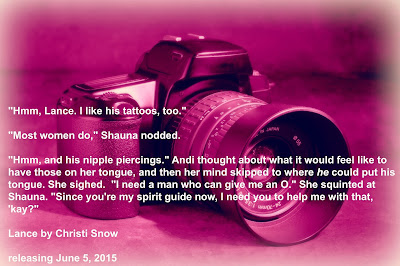 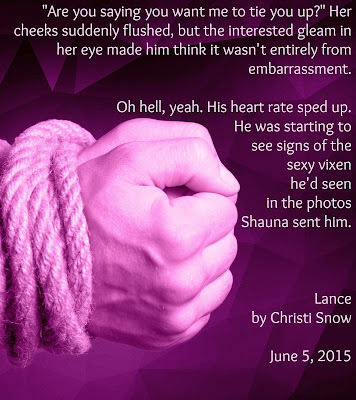