Friday Five...It's been one of those weeks... 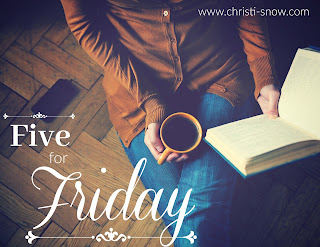 The good and the bad...
This week my son was home on leave from the Air Force on his way to his permanent duty station in Arizona. While he was home, he planned to trade in his old Xterra for a new "used" car. We went out Monday to go look at car dealerships, but when we went to start up the Xterra, there was nothing. This is what met us under the hood ...squirrel-chewed wires. 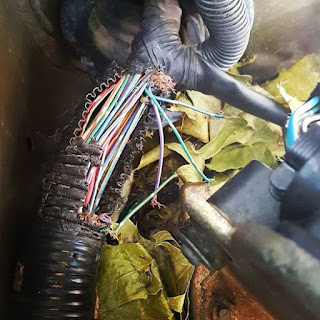 So, then maybe buying a car turned into having to buy a car this week...knowing he was leaving today. That's not much time. So we spent all day Monday and Tuesday looking at all the various options and finally found THE ONE... 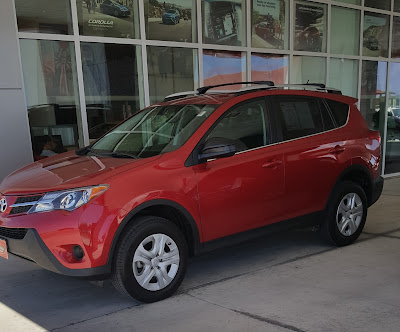 Meet Jacob's 2014 Toyota Rav 4. Isn't it pretty? It was such a relief when he found the car he wanted...although that final decision (between this one another one) was TOUGH.

And in other news, I think I'm finally convinced that maybe I don't have to drive my Toyota Tundra truck forever. I could be convinced to buy one of these babies...yeah, I kind of loved it!

Goals and committing...
The last couple of months have been rough for me in that I'm not staying on track.

This week I've recommitted to my word of the year...
COMMIT 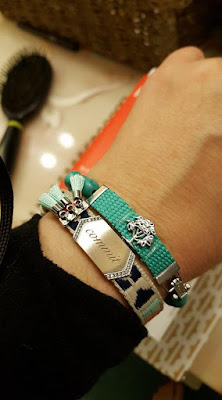 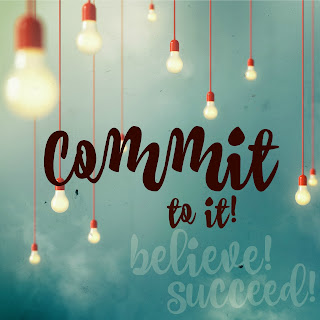 ^^^I made this graphic last year. Not only is it my screen wallpaper for my computer, but I have it made into wall art in my office.^^^

And in keeping with that theme, the ever talented Skye Jordan posted about a new app called irunurun...You can check out a quick two minute video about it here...IRUNURUN

But basically it's an accountability app. I kind of love that. Here's the graphic for my first week and so far, it's definitely helping to keep me on task. 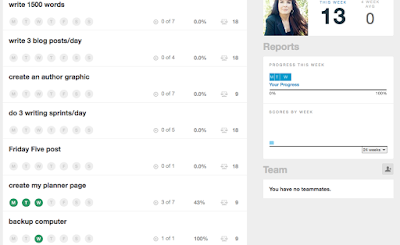 ^^^And don't worry, I have a LOT more green dots now. I think my score is up to 42 after I tallied it last night. I love accountability.

Book Cover Eye-Candy...
If you all know me at all, you know I'm a cover whore. There's a new book out that every time I see it my mouth drops open because it's just so pretty. I'm sharing it with you today. 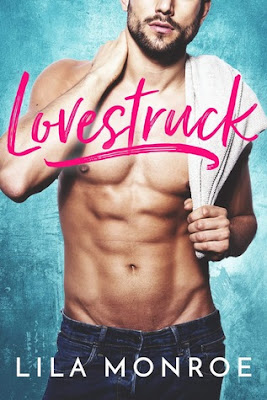 Story Description:
One week in paradise with the one man I can’t resist…
Will Cassidy is hot, infuriating, and the guy behind the biggest heart-stomping humiliation of my life. He’s also hosting my BFF’s destination wedding at his super-luxe tropical resort, so short of a hurricane or outbreak of the plague (here’s hoping), I’m stuck within tongue's arm's reach of him for the next seven days.
But I’m not a naive college girl anymore, and there’s no way I’m falling for his (many) charms again. I just have to ignore the romantic wedding shenanigans, his miraculous abs, all those intimate beach sunsets... And did I mention those abs?
Maybe a wild vacation fling is exactly what I need to even the score... But between the scorching chemistry and all-inclusive margaritas, I’m getting drunk on love. Which definitely isn’t part of the plan.
Can I keep my heart zipped - even if my bikini bottoms are lost somewhere on that nude beach? And how do you let go of the past when you’re holding on tight to the past’s (very ripped) torso?
Find out in the sexy, hilarious new romantic comedy from Lila Monroe!

NOTE: I know NOTHING about this book. It could be awful. I haven't read it, but seriously, with that cover, who cares? I just want to stare at it. Why isn't it available in print?? Because then I could love it, and pet it, and call it mine.
*ahem*

Did you see this??


I'll admit, I'm not a Stephen King reader, but this one looks like something that really could be good. I like the fact that Matthew McConaughey is the bad guy.

We're one week away...
from the release of Believe in the Wish!! 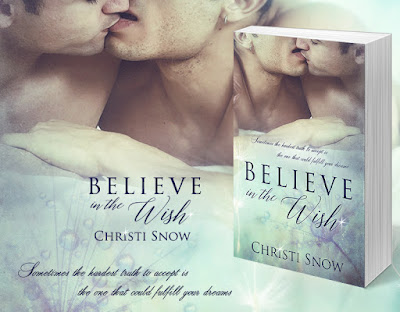 Here's a teeny, tiny snippet to see if it piques your interest...
Ethan didn’t know. The only thing he did know was that he was stuck with the guy now, and it would be better to just get it all over with.
He stepped aside and waved Hawk in. “I don’t need any comments about how I live my life. It’s none of your damn business. But for some reason, she wanted us to do this together, so I guess I’m stuck with you. Come in.”
Hawk paused and rubbed at his chest. “The love, man, I feel it. It hits me right here.” He pounded his muscular chest.
Ethan rolled his eyes. “Well, this is going to be fun.”
Hawk strolled into the house like he owned it and looked around, seemingly judging everything.
“Does it meet your approval?”
“It’s actually nice. I never came in”—a brief flash of pain filtered through Hawk’s eyes—“before. We always went to my place.”
Where they had sex.
Ethan needed to remember that. This was the man who Emma loved...and Hawk was straight. In no way would he ever be an option in Ethan’s life.
Besides, Hawk had screwed her over and abandoned her when she was dying. Ethan had to keep hold of the rage and anger if he wanted to get through this. He owed it to Emma.
She never knew about his attraction to Hawk, so he sure as hell couldn’t let it distract him now.
“Let’s get this over with,” Ethan ground out. “What do you know about this? Do you know why she came up with this asinine plan?”
Hawk blew out a sigh and then looked away. “I have the letter that the lawyer gave me, but Emma had given me instructions not to share the details of what it says with you or else you forfeit everything.”
The betrayal of that hit Ethan in the gut. It was like Emma was talking about him behind his back...something he’d never have thought she’d do before her death. To have her doing it now from beyond the grave seemed like the worst sort of disloyalty. Was his home and business really worth all this?
“Hey, are you okay?”
“No!” Ethan lashed out. “How could I possibly be okay with any of this? She was my best friend, my world, my only family, and I thought she loved me, too. I was so wrong.” And now she’d managed to humiliate him, too. Tears rolled down his cheeks in front of the one man he’d never wanted to see him as weak.
Ethan didn’t realize Hawk had moved until he touched his shoulder. It was meant to be a touch of comfort, but tingles erupted down his arm and straight to his stomach, which was just the icing on the cake of how fucked up this all was. He should not be getting tingles from his sister’s ex. He couldn’t.

And finally, Kathy P, you won the paperback giveaway from last week.
Congratulations!!
Message me with your mailing address and I will get it out to you!
snowchris_01@yahoo.com

Posted by Christi at 11:14 AM
Email ThisBlogThis!Share to TwitterShare to FacebookShare to Pinterest
Labels: author stuff, Believe in the Wish, Friday Five