It's Release Day for Guarded Desire!!! 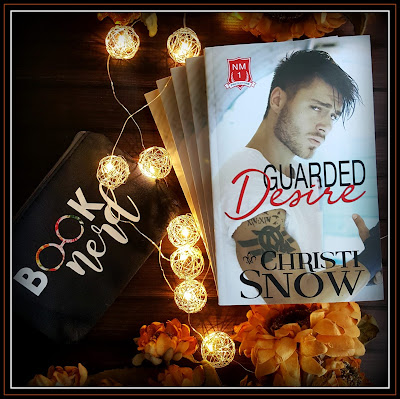 NM Protectors #1
(m/f new adult, romantic suspense)
Kidnapped and terrorized, I refuse to let anyone break me. I can stand on my own, no matter what it costs...even if that cost is my life.
Elle...
I was living the life of an ordinary college coed, but that existence was blown wide open when I was kidnapped while visiting my very famous mother, rock-star, ViviAnna.
Now I’m back at college, pretending life is normal while dodging paparazzi and dealing with my face showing up regularly on the nightly news. Trying to find a new balance isn’t happening and the effort to not jump at every shadow or bump in the night is messing with my head more than I ever expected.
Jonah...
I’m a highly trained bodyguard, but that doesn’t mean I want to deal with some spoiled pop princess’s daughter, especially if she’s anything like her handsy mother.
But when I met Elle, she shocked the hell out of me. She’s nice and thoughtful with an incredible inner strength. Even more surprising...she doesn’t want me anywhere near her. But every once in a while I see a flash of fear and vulnerability that make all my protective instincts flare.
I have to protect her.
Because they never caught her kidnapper...
Note: This book is the first in a series of stand-alone, romantic suspense, new adult novels involving sexy bodyguards and the coeds they protect. 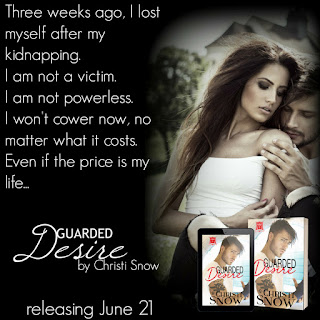 I'm trying something new with this release.
For the first 24 hours of release (until June 22nd),
the price will be $.99.
For the week after that, it will be priced at $2.99.
Then the price will rise to its regular $3.99 price tag.
(this only applies to the ebook)

How about a sneak peek at an excerpt?

And remember, the ebook is only $.99...for TODAY ONLY!
Posted by Christi at 4:00 AM
Email ThisBlogThis!Share to TwitterShare to FacebookShare to Pinterest
Labels: Guarded Desire, New Adult Romance, New Release, News, NM Protectors, Romantic Suspense