Winner! Winner! And some Christmas reading... 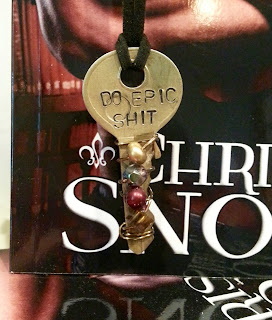 There were 10 comments on the DO EPIC SHIT key/necklace giveaway post so I entered that into the random.org generator and it chose.... 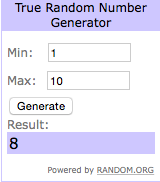 creativedeedsDecember 1, 2015 at 4:33 PM
There is so much to love about this necklace... It was responsible for at least one tear I shed while reading this book.

I'll send you an email to get your mailing information, although I'll check my newsletter list first, because I think you may be on there.

And if you haven't done any holiday reading yet, Found At the Library is a good choice (if I do say so myself). 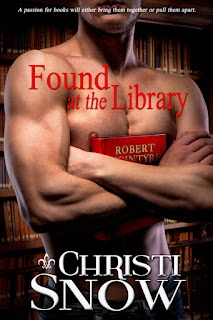 His entire life, Tommy Garrett has dealt with self-doubts. He thought he’d conquered the majority of them until a chance meeting with an author brought his illiteracy to the forefront...again. Growing up with un-diagnosed dyslexia has left Tommy barely able to read, but books are his Nirvana. Now he spends his life creating art dedicated to the love of those “untouchable” items.

Robert McIntyre, Mac, is a best-selling, highly celebrated author. But his point of view has become a little bit too narrow...until Tommy opens his eyes. That chance meeting has changed everything about his world. He has no idea how to find the beautiful man he met, and offended, at the library book sale. But when he does, Tommy’s life is in crisis-mode. It’s the holidays and Mac can’t just standby when Tommy needs help, whether Tommy wants it or not.

Life is hard, and sometimes when conflict arises you have to write your own plot twist to pull yourself out of the fray.

In fact, I have several books out that take place during the holidays. Others are:

Operation: Endgame is filled with scenes from the season. In fact, if you're a Texas Tech fan, the several KEY scenes in the book take place on campus, including the Carol of Lights. 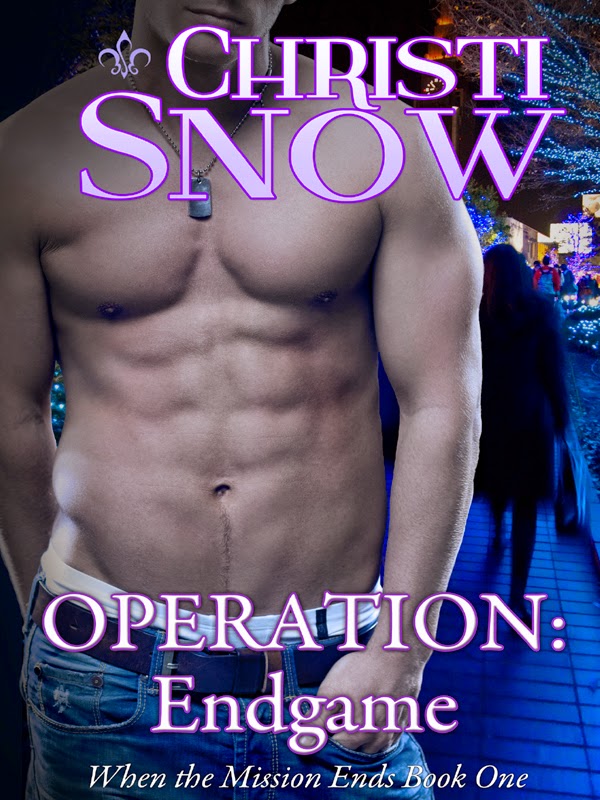 *******
And if you're someone who doesn't have much time for reading during the holidays, but still like to sneak some reading in, The Christmas Top is a good choice. It's a novella that can easily be read in less than an hour. 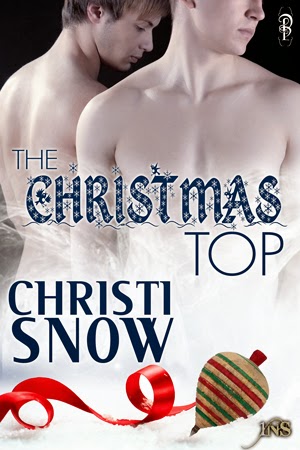 All he wants for Christmas…
It’s time for Mark Cummins to come out of the closet. He’s ready, but he’s never been topped. Asking Madame Eve for the one-night stand of his fantasies, he hopes she can grant his Christmas wish.
He’s a less-than-merry gentleman…
Jason Wieland’s life partner died in a horrific hate crime two years before and he hasn’t taken a lover since. He knows it’s time, and he reaches out to the 1Night Stand dating service to find the right man to light up his holiday. But when masculine, sexy, and extremely straight Mark shows up, he doesn’t know what to do.
Is this 1Night Stand a cruel joke or has Madame Eve truly worked Christmas magic?
Amazon
Barnes & Noble
iTunes
Kobo
Posted by Christi at 11:58 AM

Email ThisBlogThis!Share to TwitterShare to FacebookShare to Pinterest
Labels: Christmas, Found At the Library